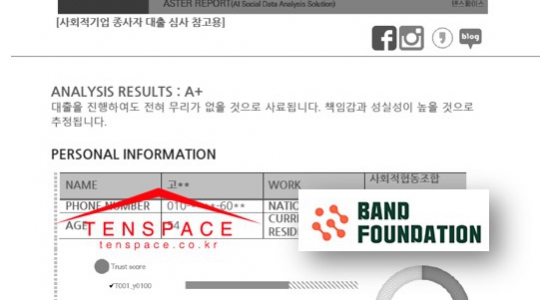 Tenspace has been selected as part of the 2020 Cool Vendors in AI for Banking and Investment Services, which is evaluated and selected by a globally renowned IT company, Gartner. Tenspace possesses alternative credit scoring technology, ASTER, based on their ‘Trust Communication Management’ (TCM) analysis technique, which had been developed from behavioural psychology. ASTER evaluates by analysing the history of the activities that the person subject to the evaluation made public view in their social media. In 2019, the company signed an ASTER RM (Anti Money Laundering Solution) contract with the Strait Financial Group, a financial institution in Chicago. In 2020, they signed joint venture contract with MWA (Money World Association, subsidiary of Singapore Tembusu Partners) and are in progress to supply ASTER Bank (alternative credit scoring solution) to Singapore, Indonesia, Malaysia and Philippines.

The Band Foundation (http://sefund.or.kr/index.php) was established in 2016 by the Export-Import Bank of Korea and the Community Chest of Korea to support the social economic enterprise, networks and councils.

Social Enterprise are businesses with mainly social goals. The Organisation for Economic Cooperation and Development (OECD) defines a social enterprise as “an entity that is carried out for public understanding and whose final objective is to achieve certain socioeconomic goals rather than maximise profits.” The social enterprise promotion act of South Korea defines “an entity certified as a social enterprise performs business activities such as the production and sale of goods and services while pursuing social purposes such as providing social services, jobs or contributing to the community.” It is also referred to as social business. Nobel Peace Prize laureate and economist Muhammad Yunus defines it as “a project founded and designed to solve social problems.” Social enterprise if one of the representative forms of social economy with cooperative.

Tenspace and Band Foundation announced that they use non-financial screening technique using SNS analysis alternative credit scoring for social enterprise loanee. After the first trial screening in December 2020, the company has been using it for screening since January 2021. Both agencies expect that ASTER will be able to complement traditional credit scoring system. 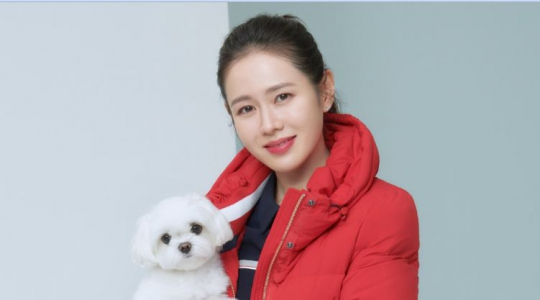